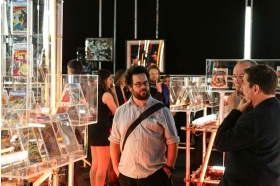 Display Developments have designed interlinking ventilation flaps bespoke to the industrial sector, the main application for these bespoke items are Industrial roof shutter flaps or better yet known as in-line backdraught shutters used in preventing air travelling back up the duct, through the impellers of the fan and into the room, particularly important in winter periods.  Back draught shutters may be integral to the fan, in which case they may be as simple as a one way hinged membrane. This type of installation predominately causes the shutters to blow backwards i.e. one direction only when the fan is on, therefore preventing them from bending forward when the fan is off, as shown in figure 1.

The ventilation flaps shown in figure 1 are mass produced through a Vacuum forming process. We design and manufacture a tool (figure 2) into the shape of the flaps which have inter-linking hinges, in a sheeted material ‘HIPS’ also known as High Impact Polystyrene which is heated until it has reached its thermo-elastic point and then formed over the tools shown in figure 3 and then cooled into the required shape using compressed air. 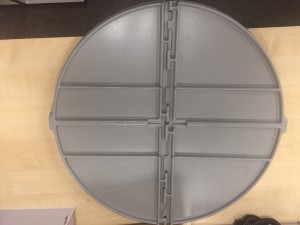 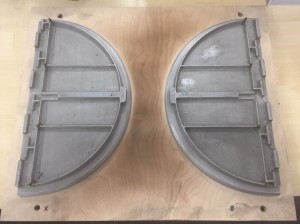